This year's festival is online. To see how this works, go to our Attending Online Events page.

Individual events cost €5 each; a season ticket costs €50 (or €25 for subscribers to Southword Journal).

Alannah Hopkin‘s story collection The Dogs of Inishere was published by Dalkey Archive Press in 2017. Her stories have appeared in the London Magazine and The Cork Literary Review, among others, and been short-listed for the RTE Short Story Award. She has published two novels, and worked as a freelance journalist and art critic. Her non-fiction books include Eating Scenery: West Cork, the People & the Place. Her latest book A Very Strange Man: A Memoir of Aidan Higgins is due from New Island in Spring, 2021. She is the 2020 Frank O’Connor International Short Story Fellow. 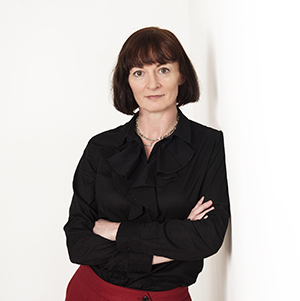 Cathy Sweeney is a writer living in Dublin. Her short fiction has been published in The Stinging Fly, The Dublin Review, Egress, Winter Papers, Banshee, The Tangerine and has been broadcast on BBC Radio 4. Her debut short story collection Modern Times is published by The Stinging Fly and Weidenfeld & Nicolson. Kevin Barry described Sweeney’s writing style as “a senselessness that makes perfect sense” during The Stinging Fly Podcast, while Danielle McLaughlin has called her work “magnificently weird, hugely entertaining, deeply profound.” She is at work on a novel.

Sarah Byrne is a writer and editor based in Paris. She is the founding editor of The Well Review, an international literary and visual arts journal. Sarah's work has been published in The New Statesman and The Irish Times.

Irenosen Okojie’s work has been featured in The New York Times, The Observer, The Guardian, the BBC and the Huffington Post amongst other publications. Her short stories have been published internationally. She was presented at the London Short Story Festival by Ben Okri as a dynamic writing talent to watch and was featured in the Evening Standard Magazine as one of London’s exciting new authors. Her debut novel, Butterfly Fish, published by Jacaranda Books won a Betty Trask Award and was shortlisted for the Edinburgh First Book Award. Her short story collection, Speak Gigantular was shortlisted for the Edgehill Short Story Prize, the Jhalak Prize, the Saboteur Awards and nominated for a Shirley Jackson Award. Her next two books, Nudibranch and Curandera have been signed by Little Brown’s Dialogue Books. Irenosen is the winner of the 2020 AKO Caine Prize For Fiction for her story, Grace Jones.

Lysley Tenorio is the author of the novel THE SON OF GOOD FORTUNE and the story collection MONSTRESS, which was named a book of the year by the San Francisco Chronicle. He is the recipient of a National Endowment for the Arts fellowship, a Whiting Award, a Stegner fellowship, the Edmund White Award, and the Rome Prize from the American Academy of Arts and Letters, as well as residencies from the MacDowell Colony, Yaddo, and the Bogliasco Foundation. His stories have appeared in The Atlantic, Zoetrope: All-Story, and Ploughshares, and have been adapted for the stage by The American Conservatory Theater in San Francisco and the Ma-Yi Theater in New York City. Born in the Philippines, he lives in San Francisco, and is a professor at Saint Mary’s College of California.

Beverly Parayno is from East San Jose, California. Her fiction, memoir, essays, and author interviews appear or are forthcoming in Narrative Magazine, Bellingham Review, The Rumpus, Warscapes, Huizache, and Southword: New International Writing, among others. Mandarin translations of her fiction appear and are forthcoming in World Literature, a journal of the Chinese Academy of Social Sciences. Her fiction will be anthologized in Insurgent Feminisms: Women Write War (Mantle Books, 2020).